A Brief History of Kindersley – Written by Ron Baker

Imagine a little over a century ago. A sparsely treed area of Saskatchewan – with no real lakes or resort potential – is opened for settlement. A flood of youth, immigrants and some enterprising entrepreneurs start overland to reach the promised land.

A description by an early homesteader in 1909 suggests that Kindersley was well on the way to becoming a thriving town even before it was incorporated in 1910:

There is a hotel, pool room and a place to pass time
There are places to buy and sell and for playing cards
Houses of all sorts and five lumber yards
There are restaurants where you can eat and sleep
There are now two doctors come to town
The butcher too, he calls around and will your order fill

What comprises the DNA of this energetic prairie town? Perhaps the answer is found in a spirit of pioneering, cooperation, activity, health and compassion.

In 1909, The Canadian National Railway sold lots for Kindersley, creating the core of the community. Over the decades, the community increased in size – pavement was put in by the 1960s. In the 1970s a subdivision was formed called Rosedale. In 2016 the town population was 4,597.

The utilities of a civilized center arose early in Kindersley’s history. Telephone service to Saskatoon was established in 1912. The same year, an electric and water system begun – and the first strike was recorded as those digging trenches rebelled at the reduction in wages of 2.5 cents. The Motherwell Dam was built in 1914 to service the town with water. In recent years, water piped from the South Saskatchewan river has supplied the town, along with the region. The town boasted of being one of the first areas in Saskatchewan to have underground electrical service.

The downtown core of Kindersley was thriving in the 1930s and ’40s when Saturday night was late night shopping, and entertainment could be found on Main Street. By the 1980s a shopping mall could be seen off the main highway to the north, and in the 2010s separate “box” stores sat kitty-corner to the mall.

Originally farming and railway activity dominated the economy – in the Dirty Thirties the Canadian National Railway virtually provided the payroll for those in Kindersley. The first oil refinery, Goose Lake Oil Refinery, was formed in 1936 by due to financial constraints it dissolved in 1937. The ease of extraction of oil has been a definite boom for Kindersley. At the same time, bust and boom cycles in farming and oil have grounded the town in a strong optimism that is always looking to next year!

One visible reminder of a cooperative spirit has been the Kindersley Cooperative Association which begun in 1914. Carloads of goods were ordered, members were notified of the arrival of the train, and they in turn would unload their order.

The physical and mental health of the community has always been a concern of the citizenry. Churches and social clubs accompanied the first settlers. Pioneering was no easy task, and the 1930s saw the depression of the windswept prairies wreck havoc on home life and grain harvests. As the Second World War advanced, soldiers and civilians were recruited from the small prairie town. A private hospital was established in 1912, with the community taking over its function, creating one of the first municipal hospitals in Saskatchewan in 1915. The hospital was moved north from Railway Avenue to the “far end” of Main Street in 1949. The current health center was built in 1968 and houses a hospital, care center, counseling, and administration, as well as an attached medical clinic. A community funeral home, the only one still in existence in Saskatchewan, was begun in 1933.

Court records show indications of fraud, drunkenness, violations of the environment and the “usual” irresponsibility of people. An active RCMP detachment was established in 1910 in Kindersley and “kept the protection and safety of the citizens paramount”.

Kindersley’s McKenzie School began in 1911, and soon became the regional school, with an addition for high school being built in 1924, and a residence being attached to the school for 10 years. While the McKenzie School was closed in 1964, Kindersley currently boasts primary, middle and high schools along with community college and post secondary training.

Kindersley sported a swimming pool in the 1930s, one of the few in smaller communities. An indoor aquatic center was available in the 1970s and was rebuilt and finished in 2019 as a regional attraction (sentence edited by Town of Kindersley). In 1912 a covered skating and curling center was constructed – the building being destroyed by fire on February 1, 1934. The community rebuilt and added additional facilities, and then rebuilt again in the early 2010s after another fire in one of the skating rinks. Thankfully over the years a volunteer fire brigade, begun in 1910, has been able to protect the town from extensive damage and to provide emergency services for the citizens.

The prevalence of small towns around Kindersley has meant rival athletic contests in such games as ball, golf, curling and hockey. Champion teams arose and international athletic contests were hosted – such as the World Youth Baseball Championship in 1984 and the 1994 Saskatchewan Winter Games!

The cultural legacy of such activities as the Kindersley Operatic Society performance of H.M.S. Pinafore in 1924 are still found today. Kindersley and District Arts Council currently provides concerts and musical events in various formats. A Community Choir has been in place for decades.

Those travelling in the Calgary – Saskatoon highway corridor are familiar with the roadside fuel, accommodation and food stops of Kindersley. Those who have ventured into the town have found much more to commend this prairie oasis. Kindersley is home to the amenities of a larger center and yet maintains the sense of community that many seek in rural centers.

The old phrase is still applicable today – “Set yourself down, and stay awhile”! 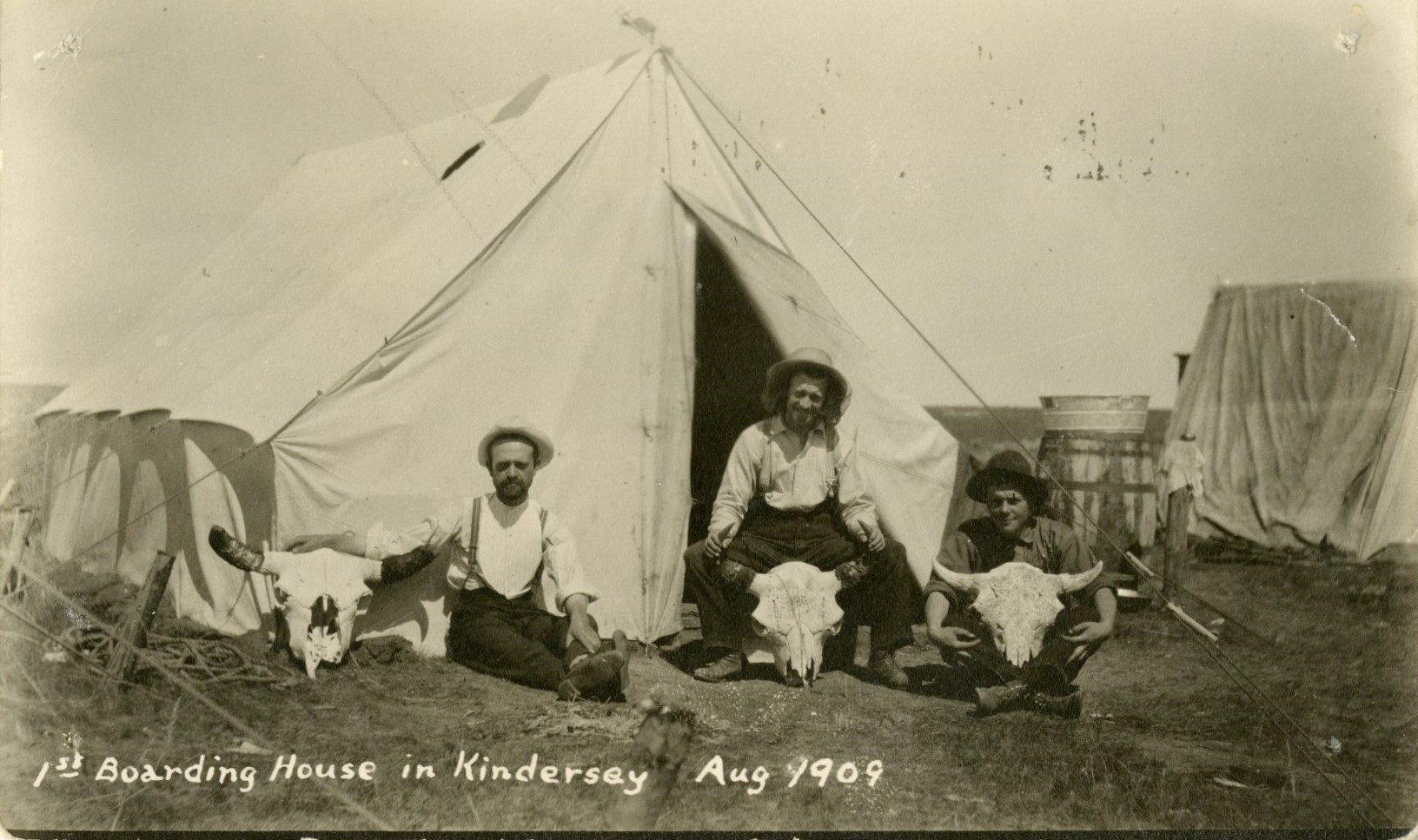 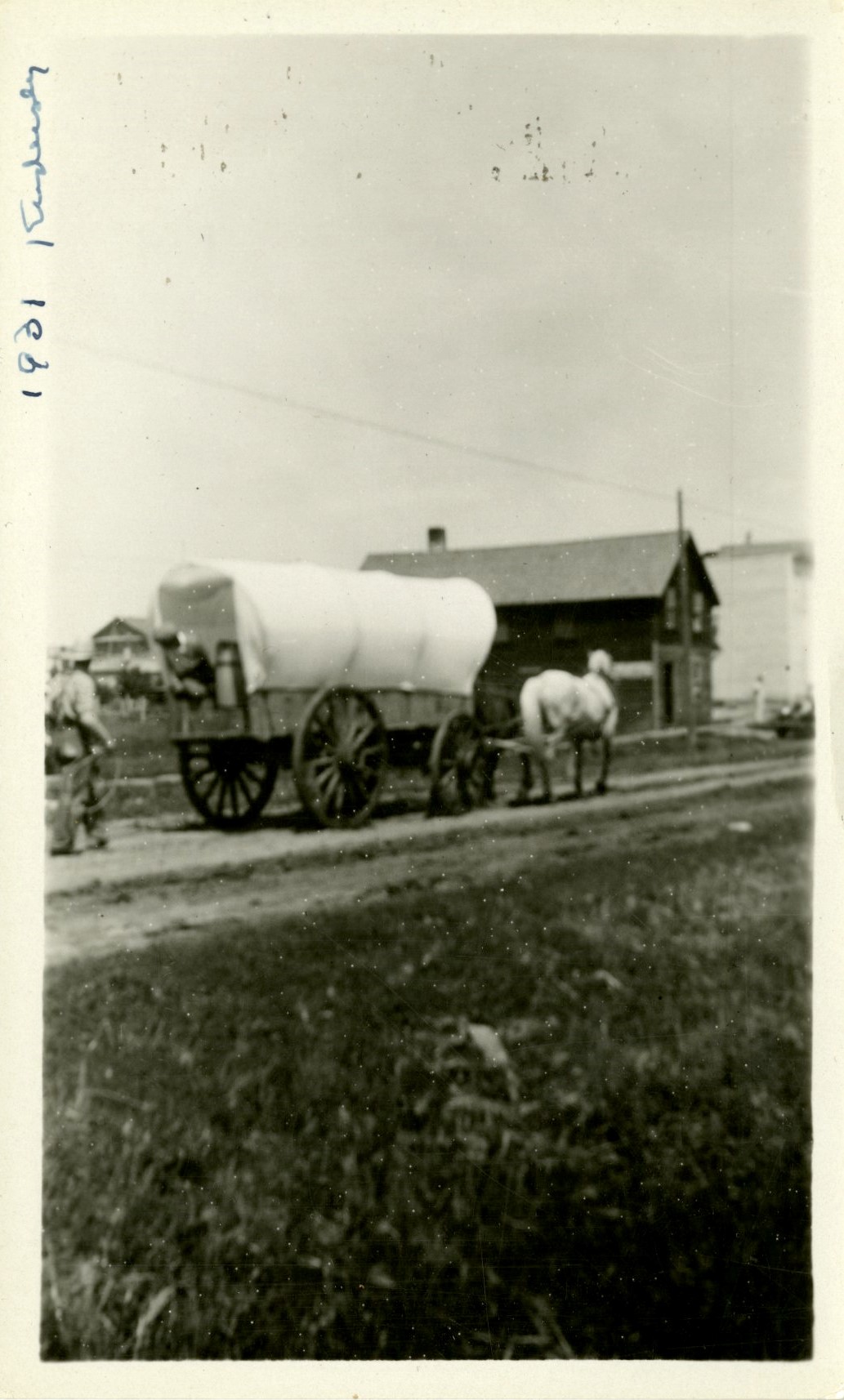 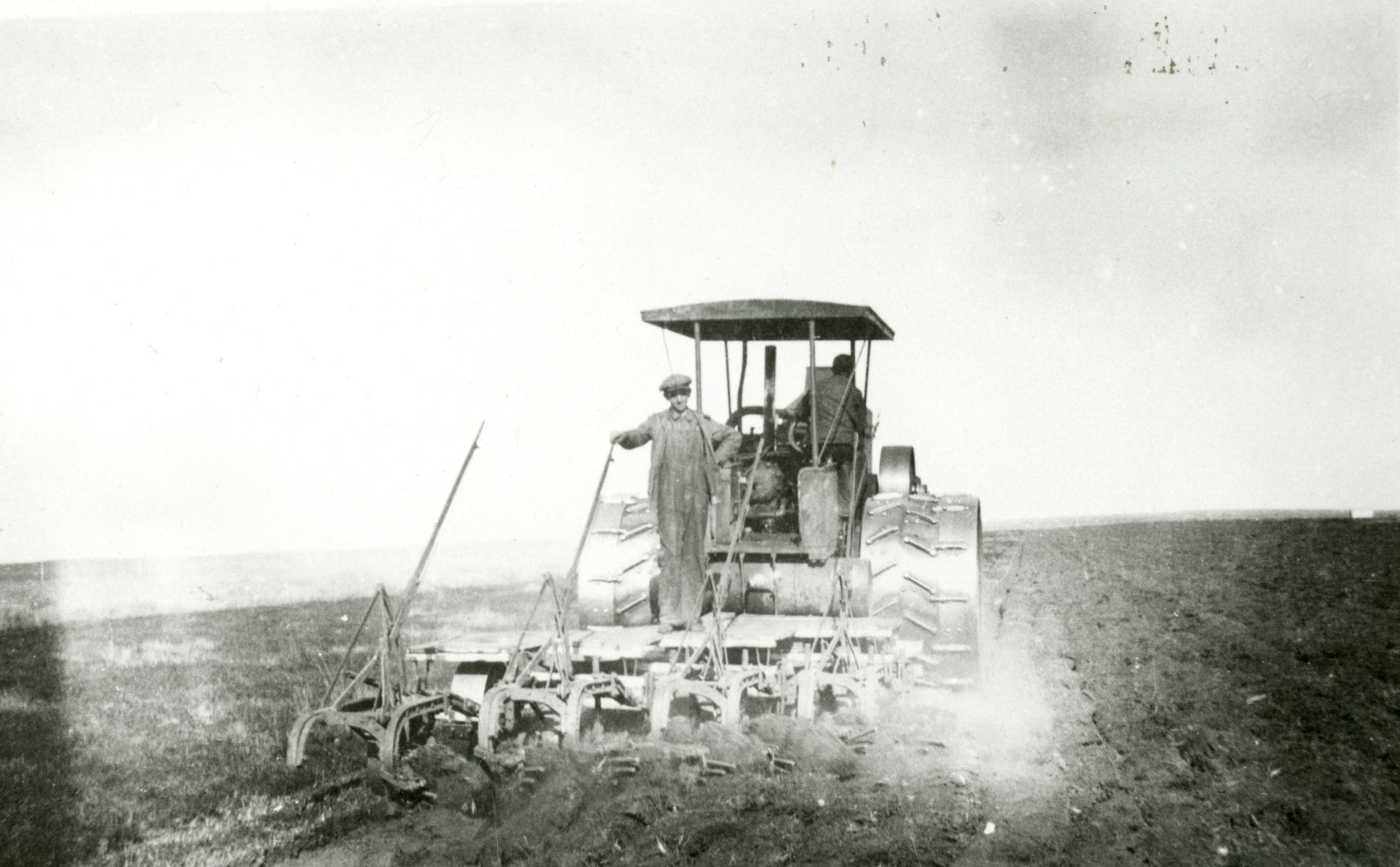 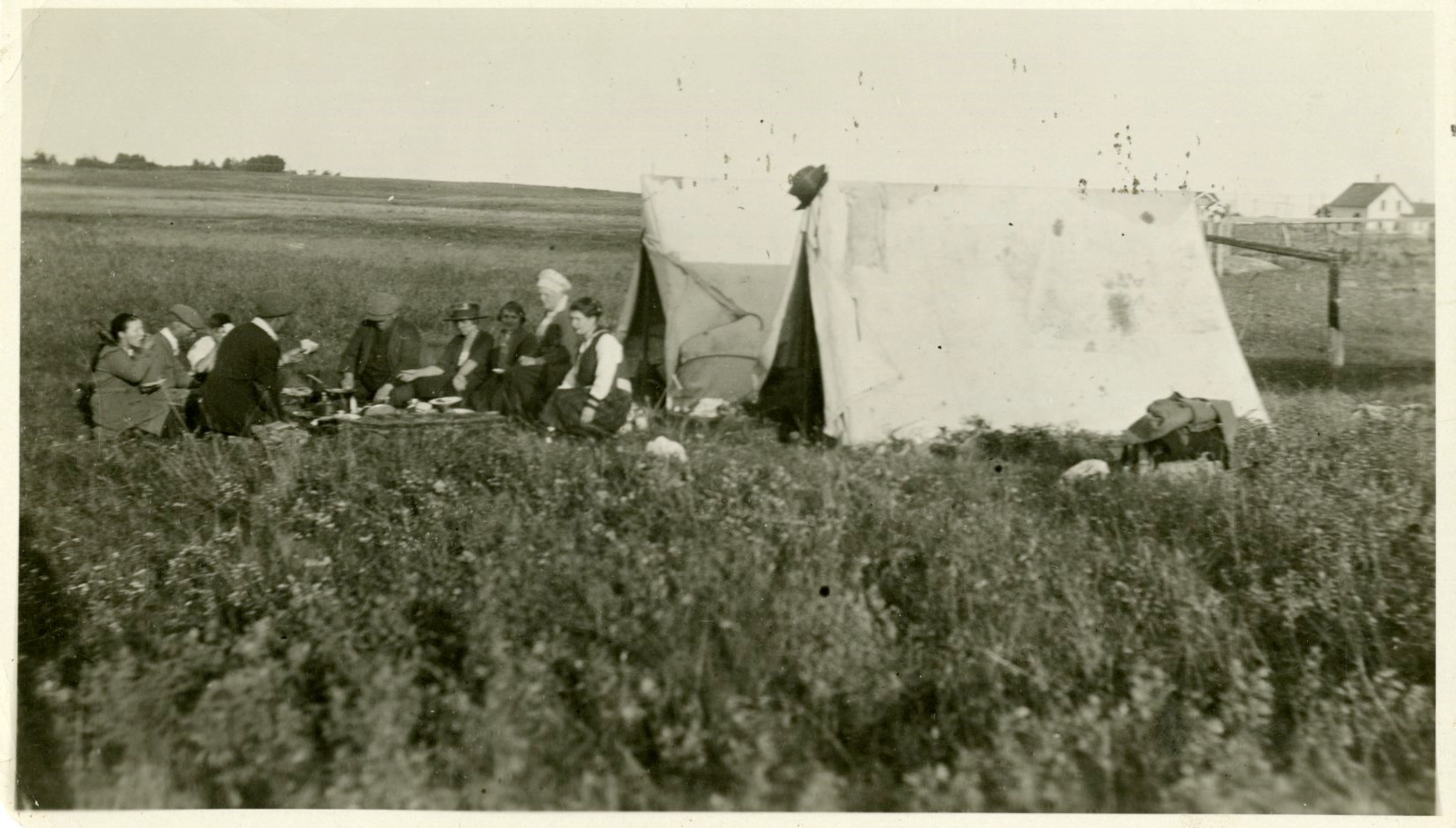 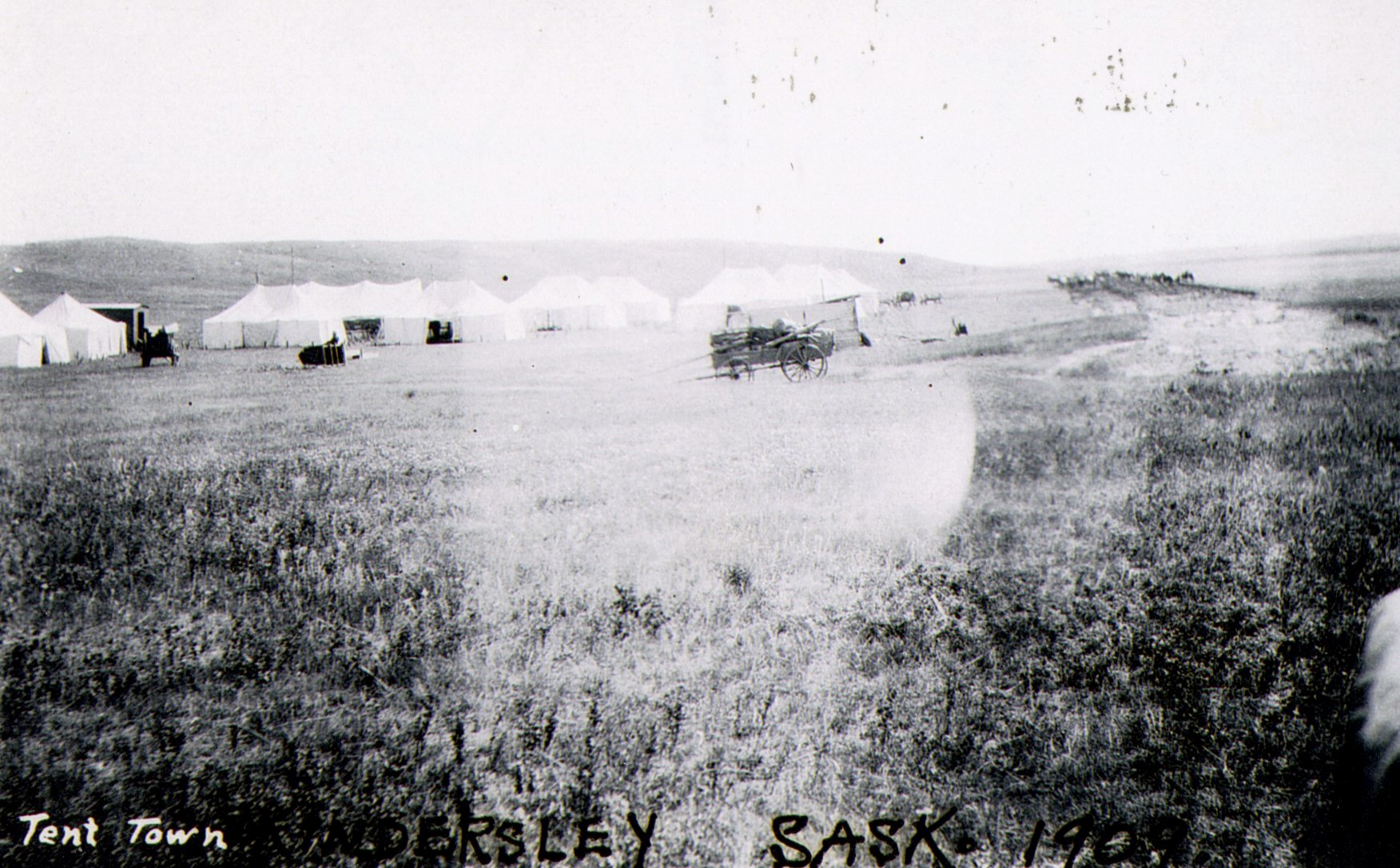 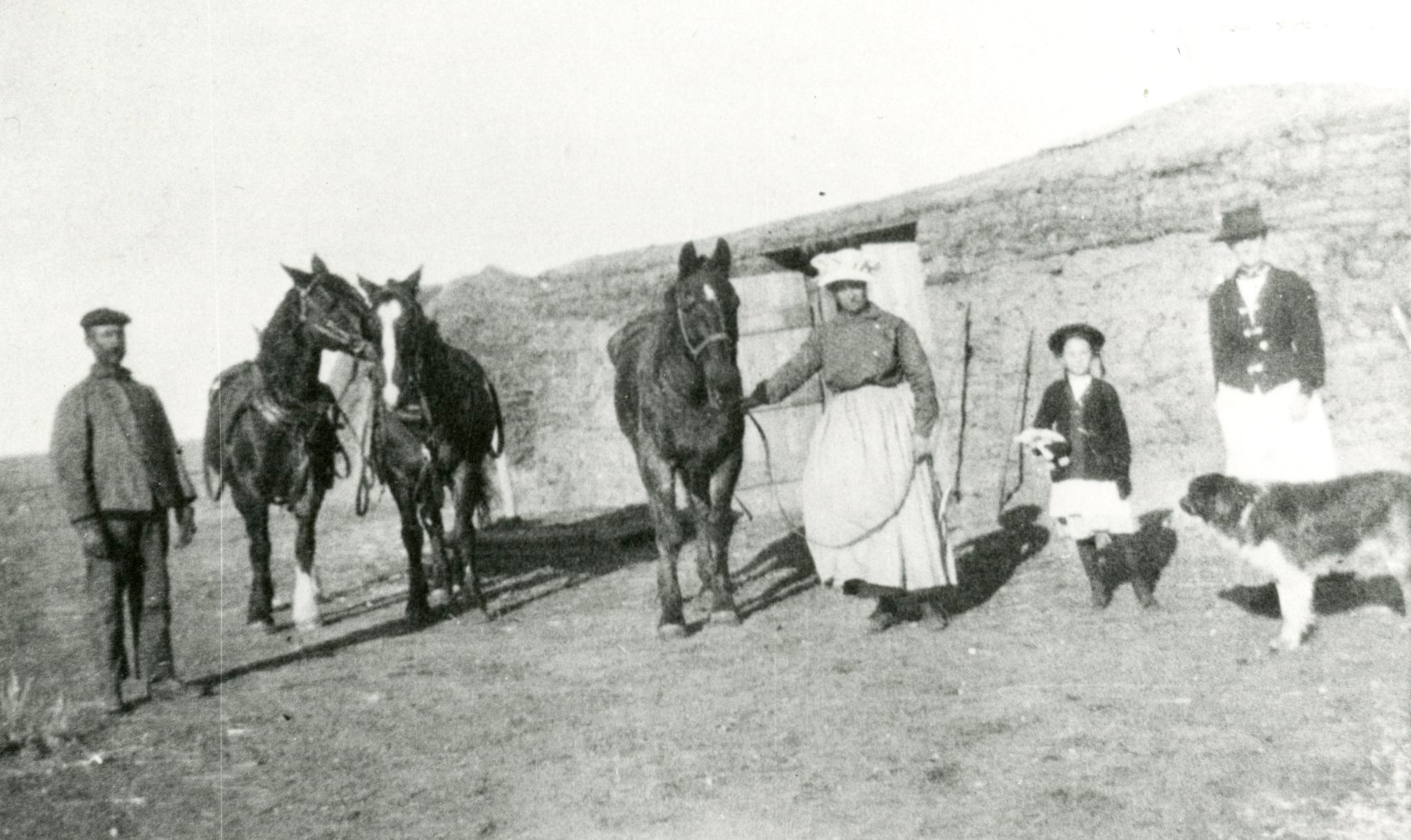 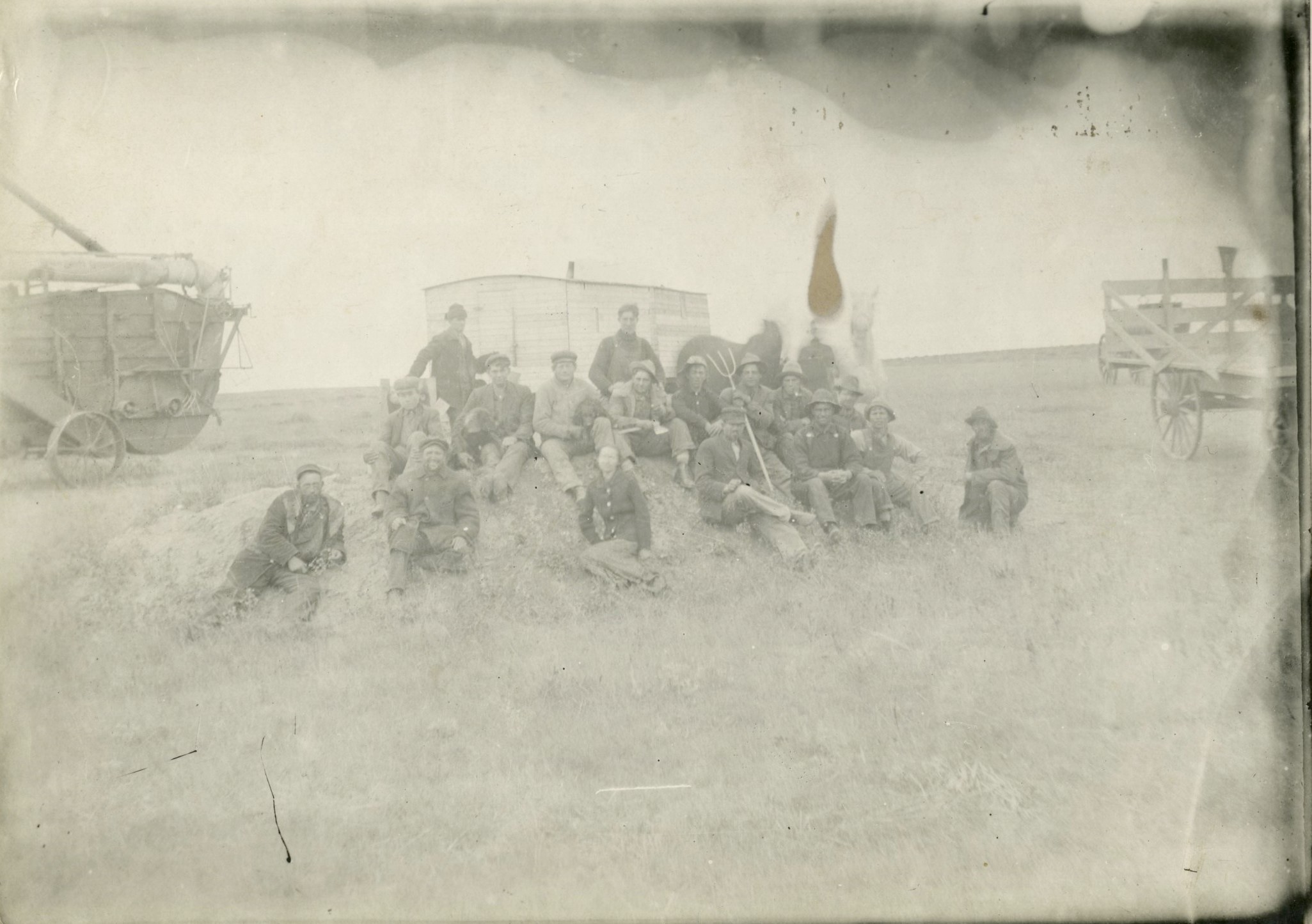 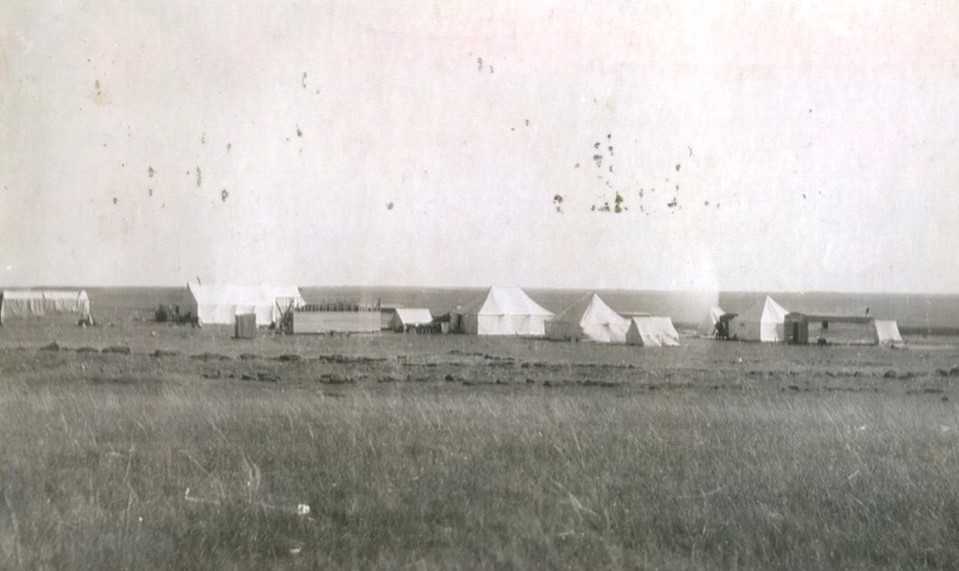 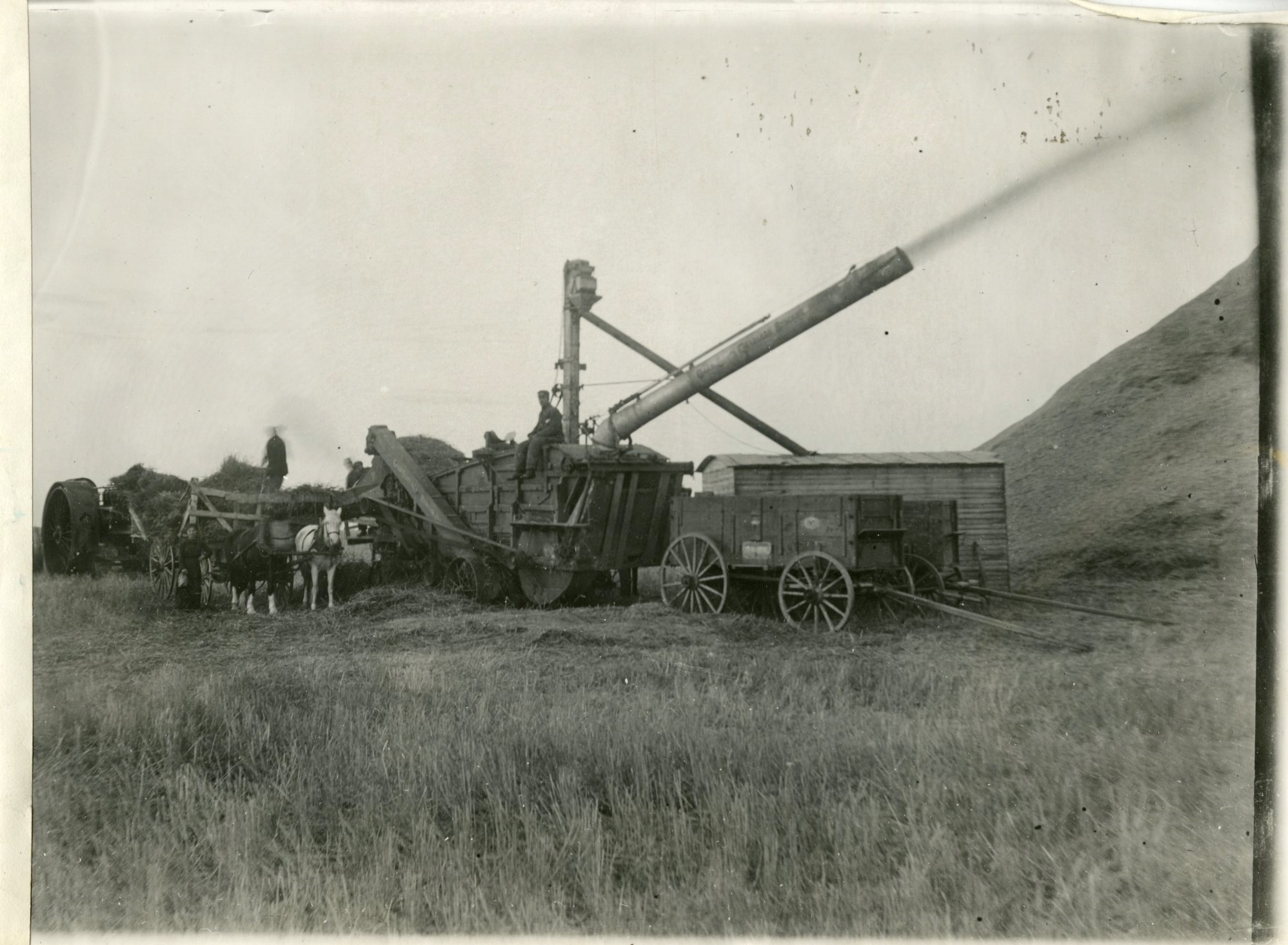 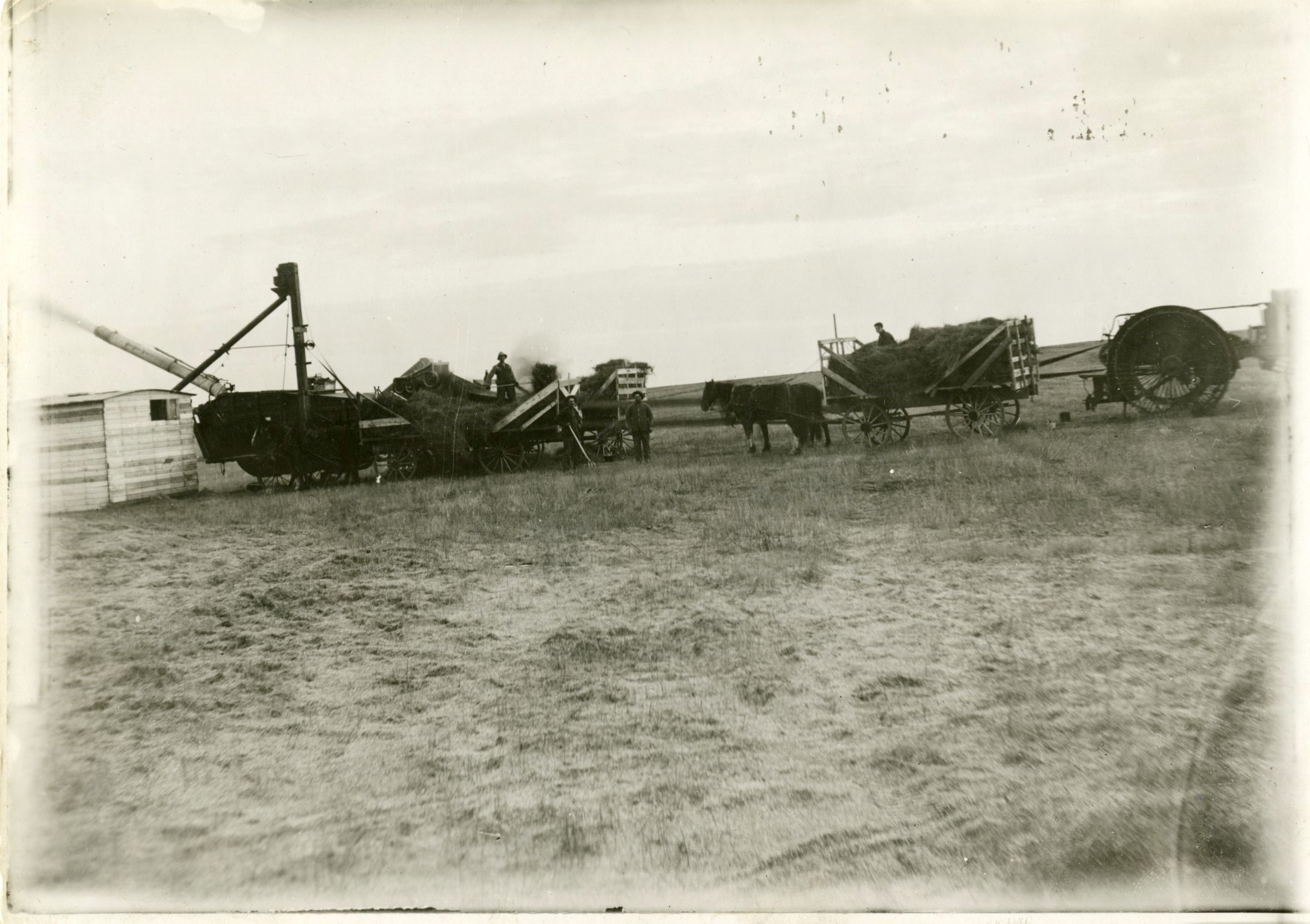 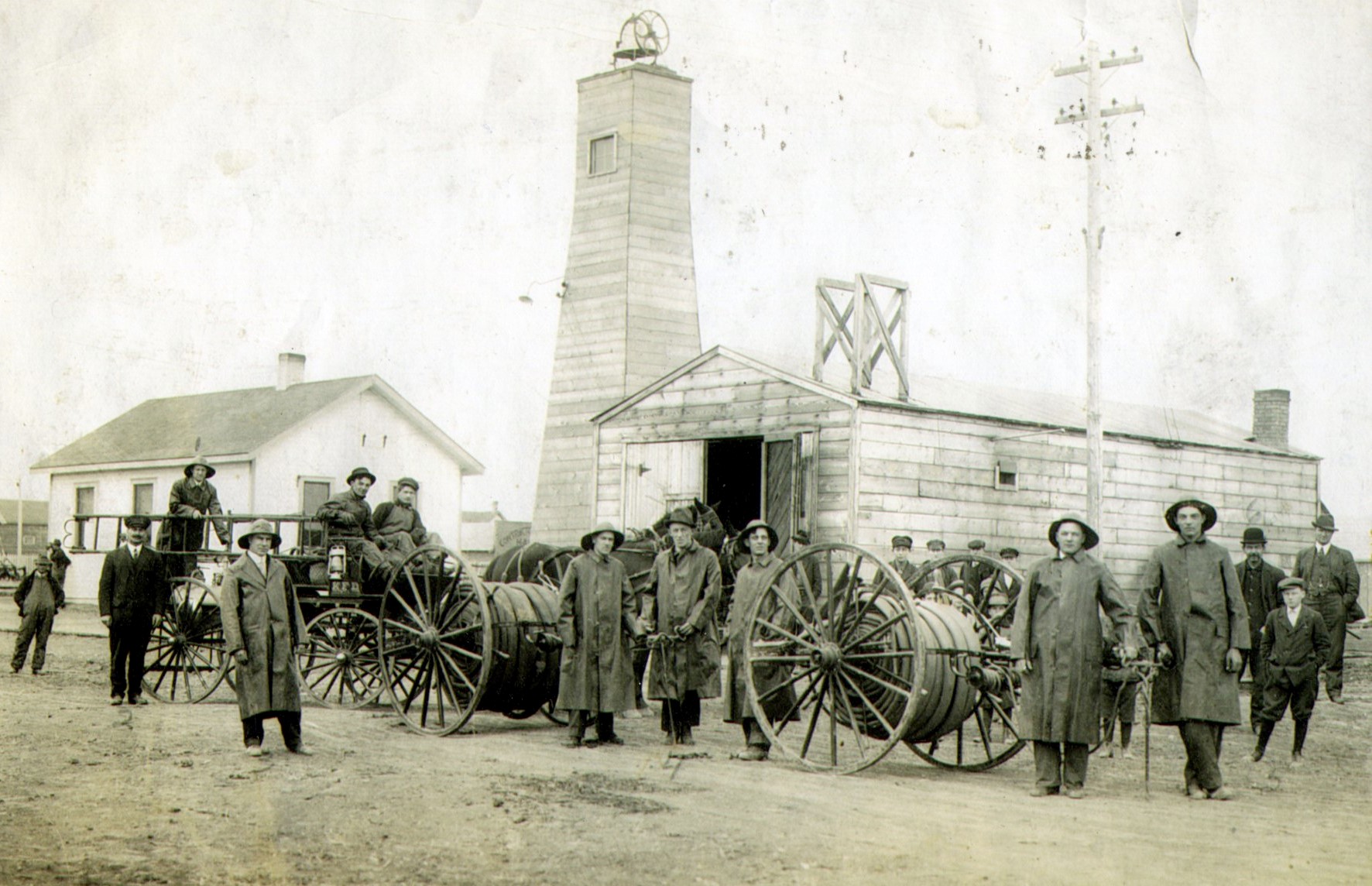 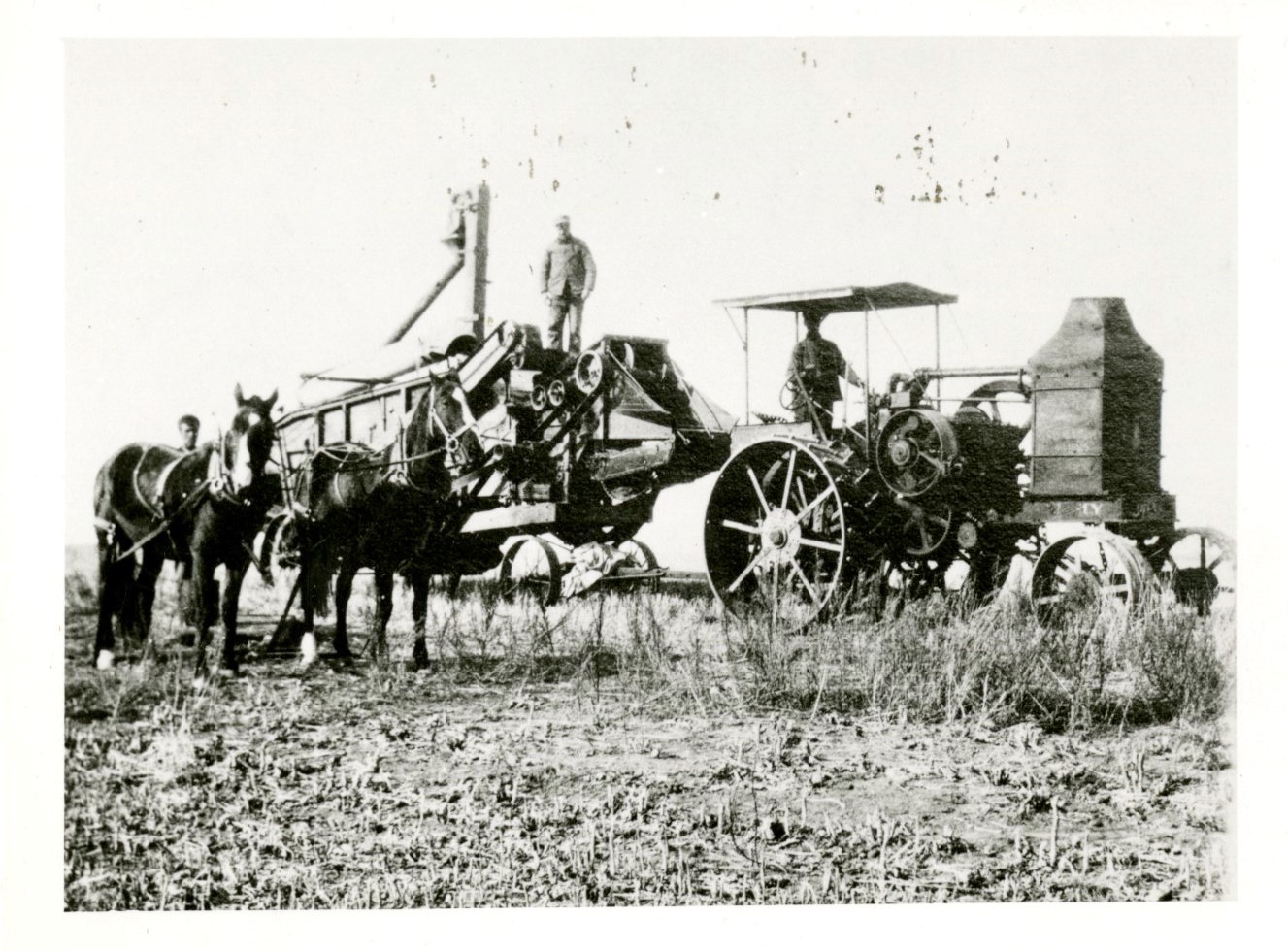 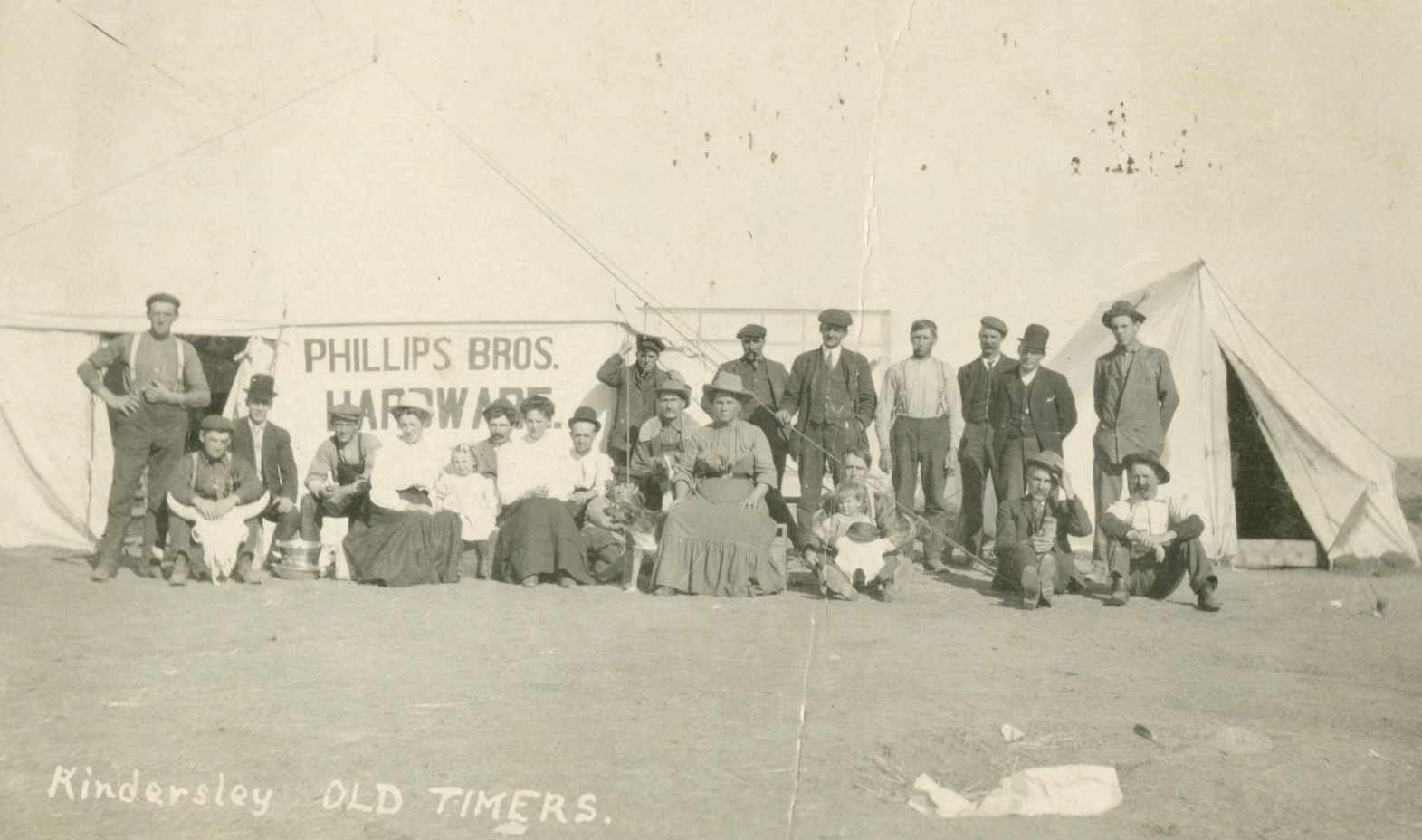 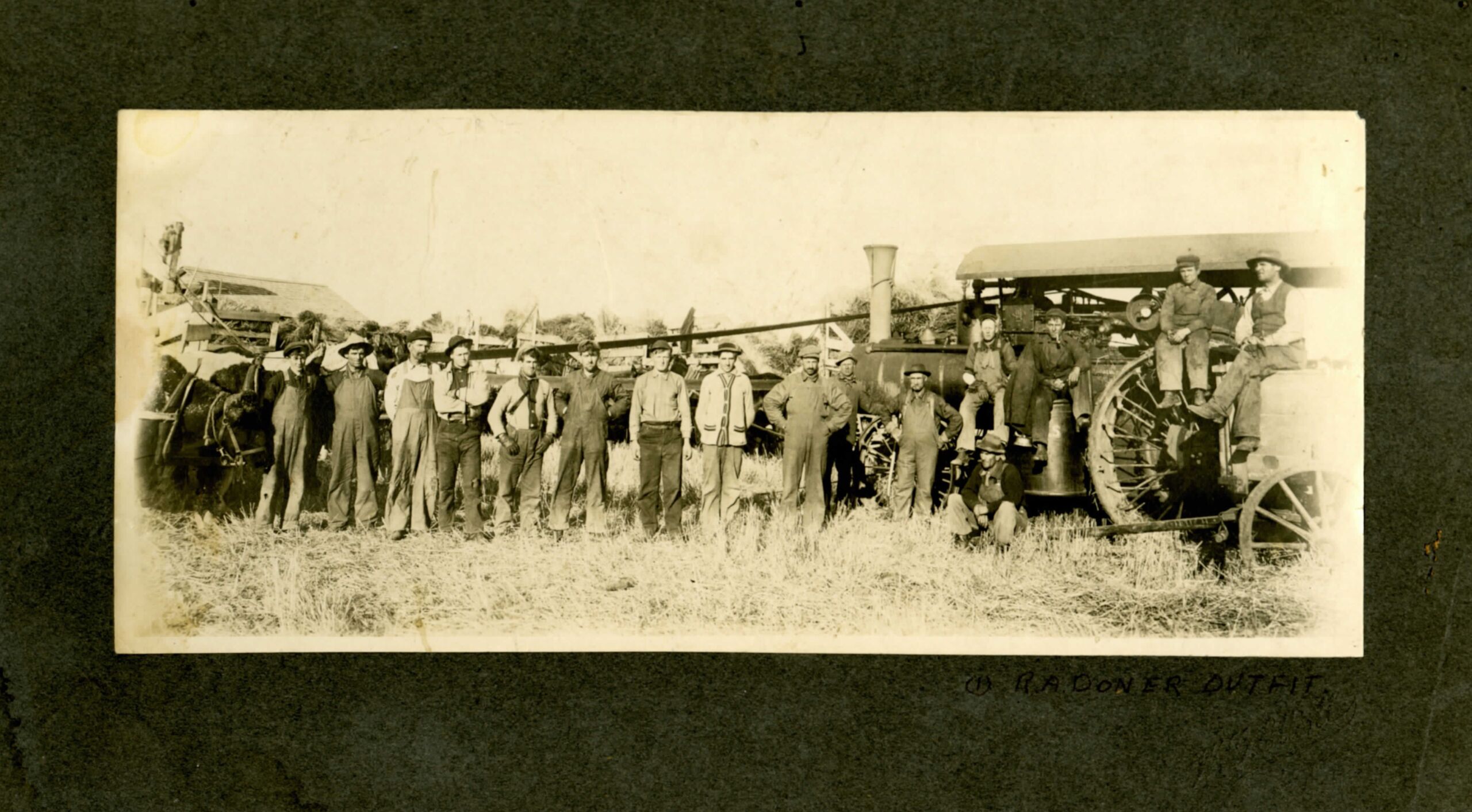 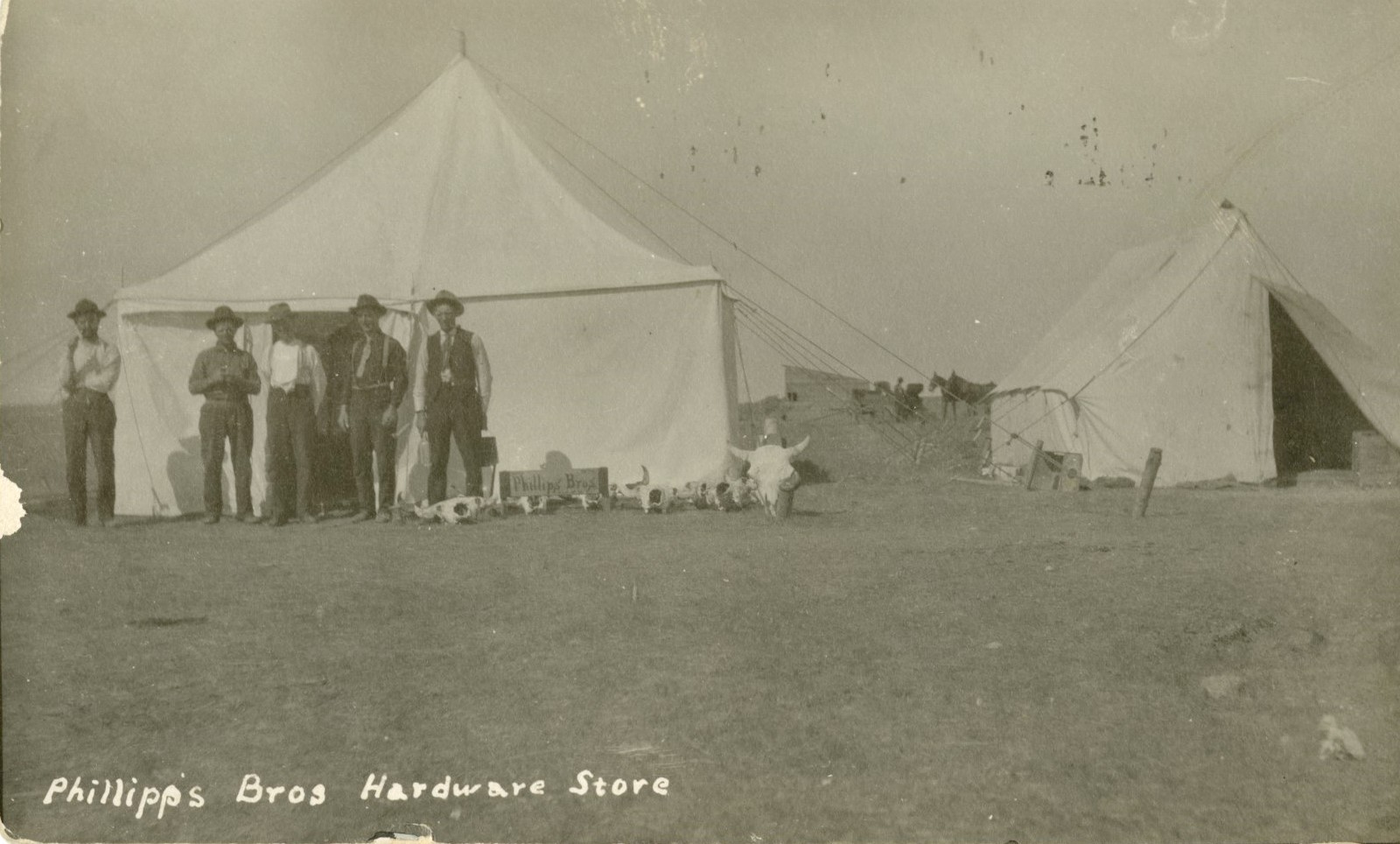 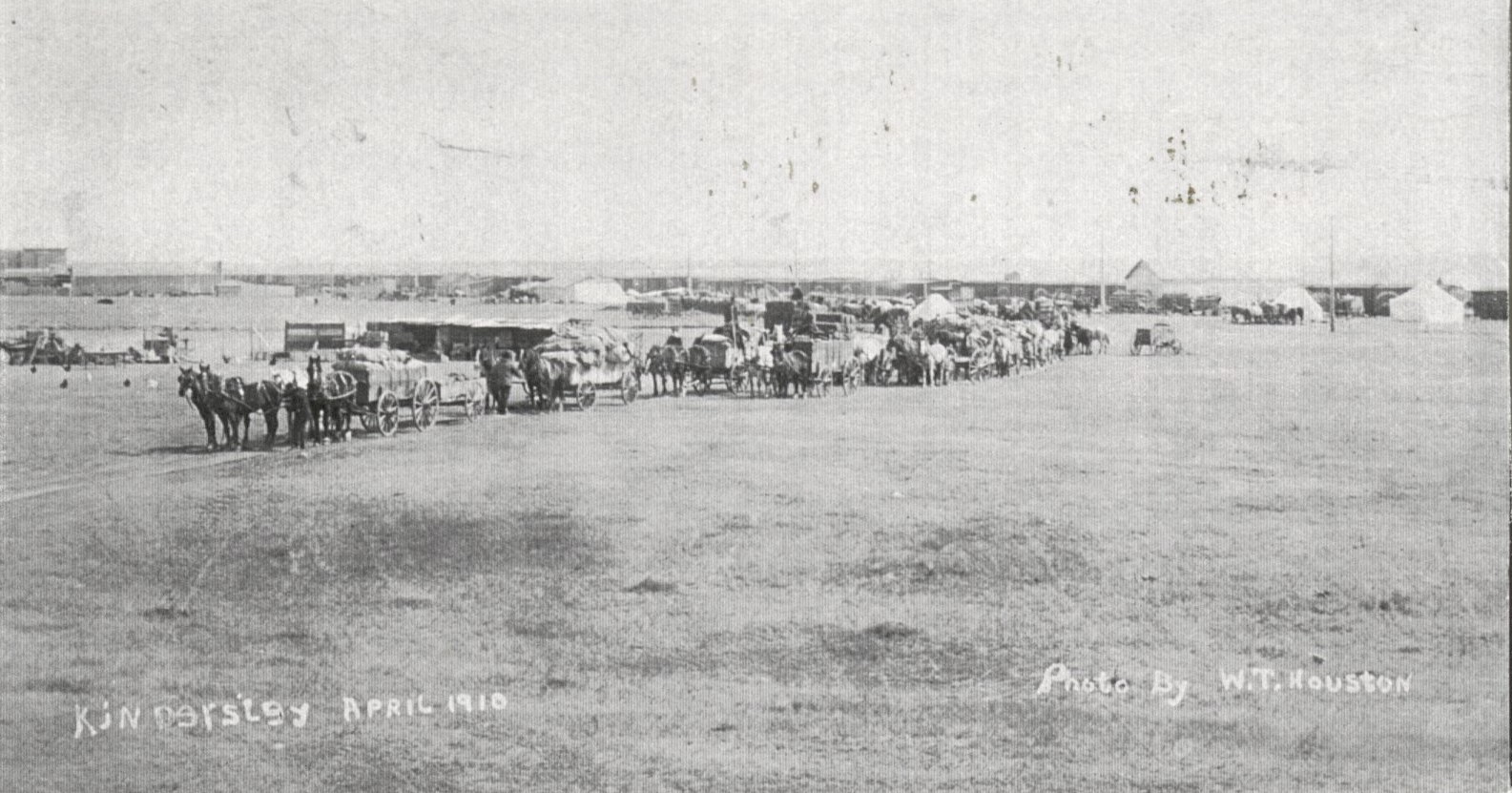 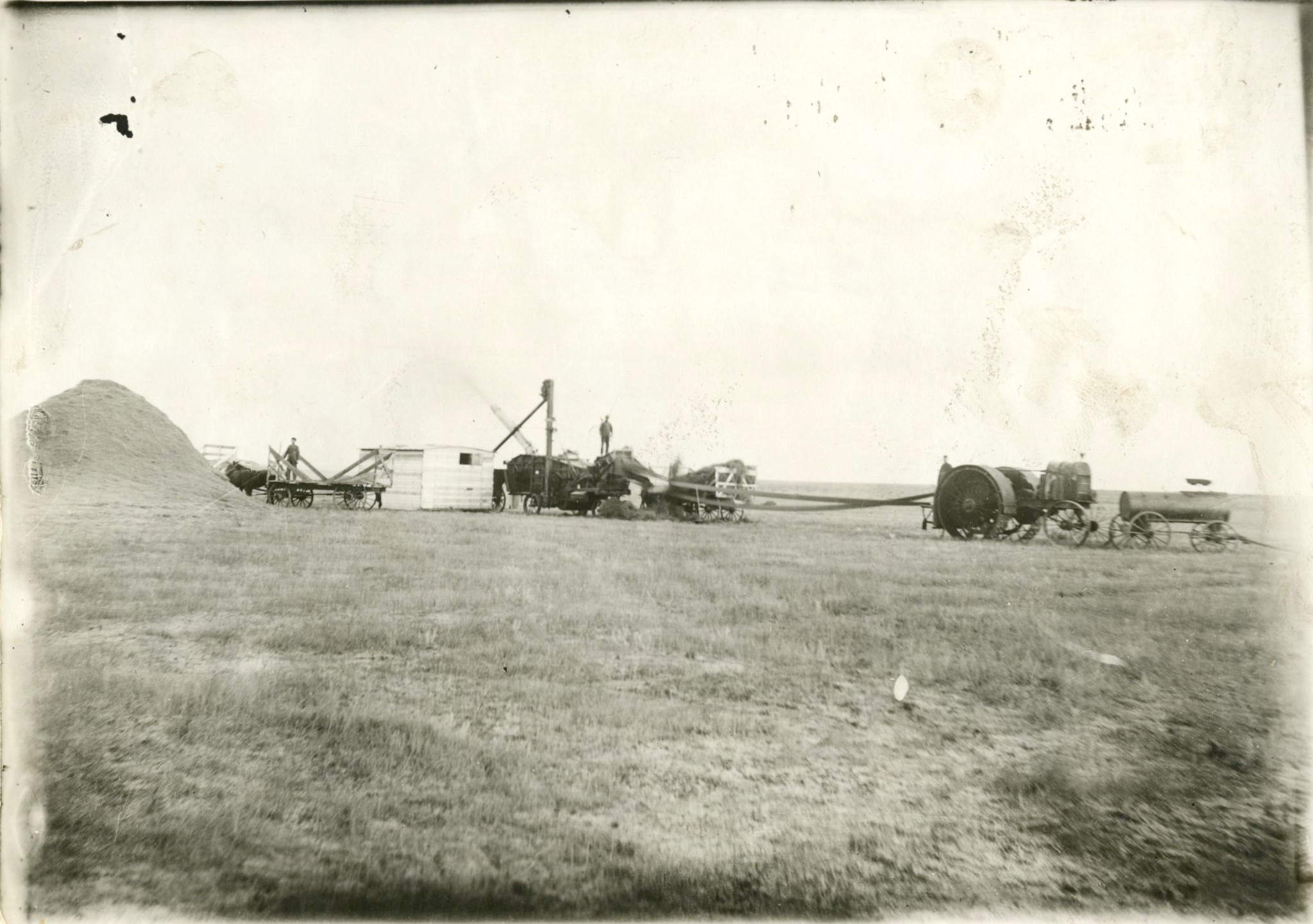 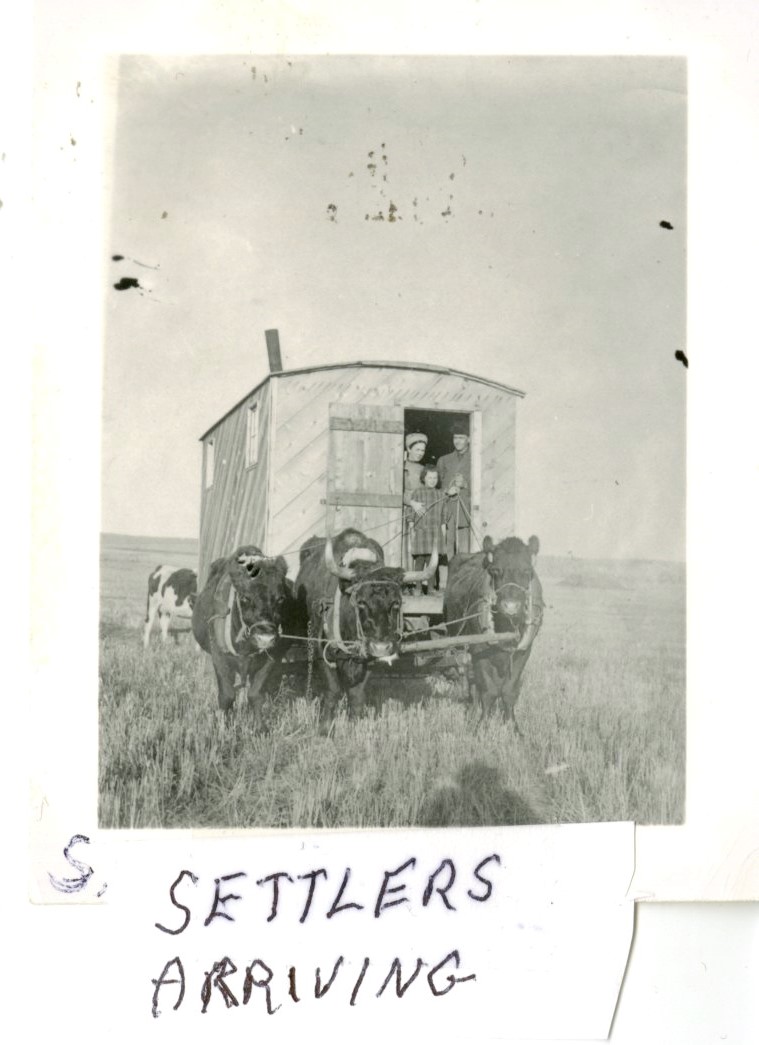 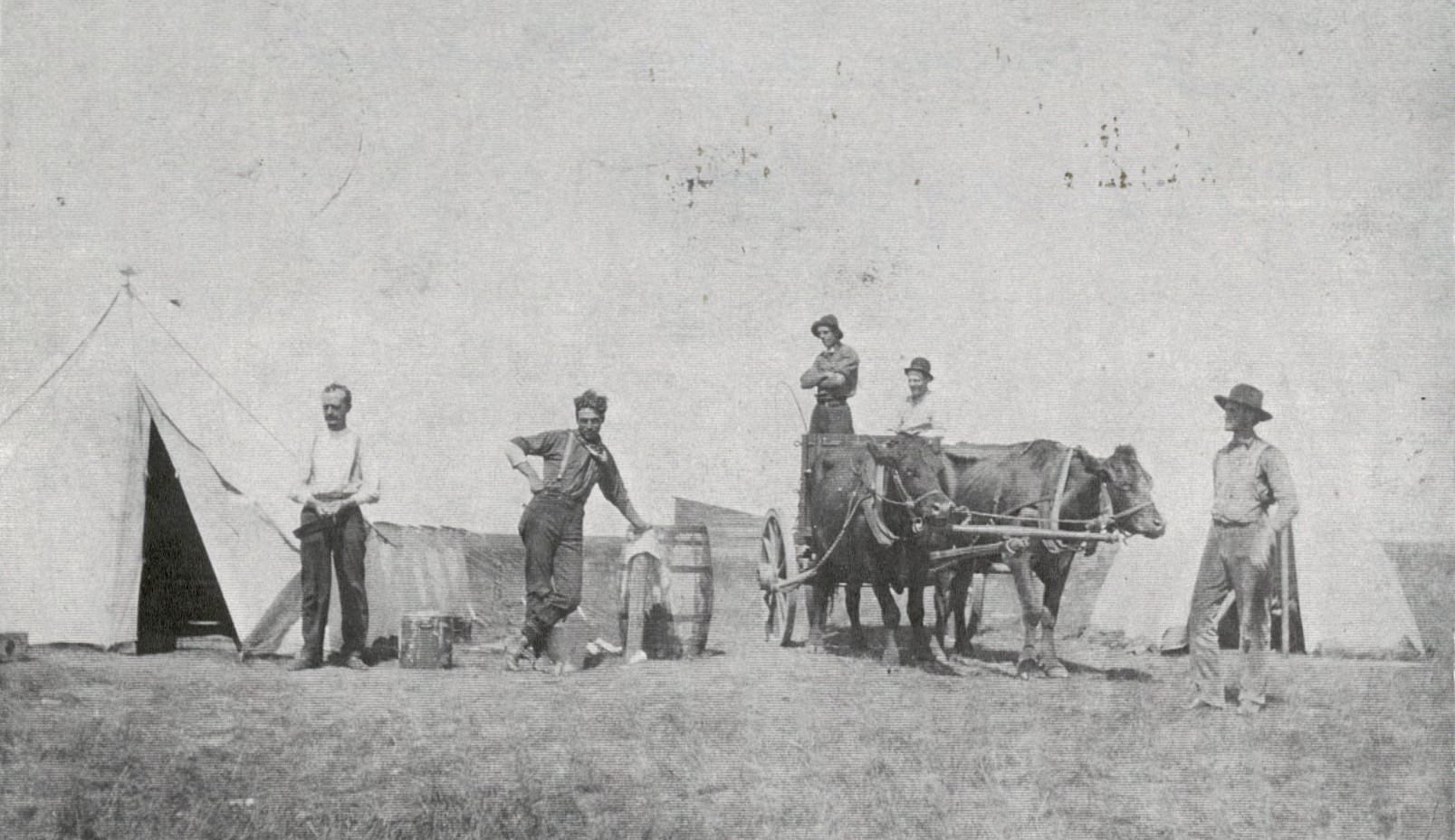 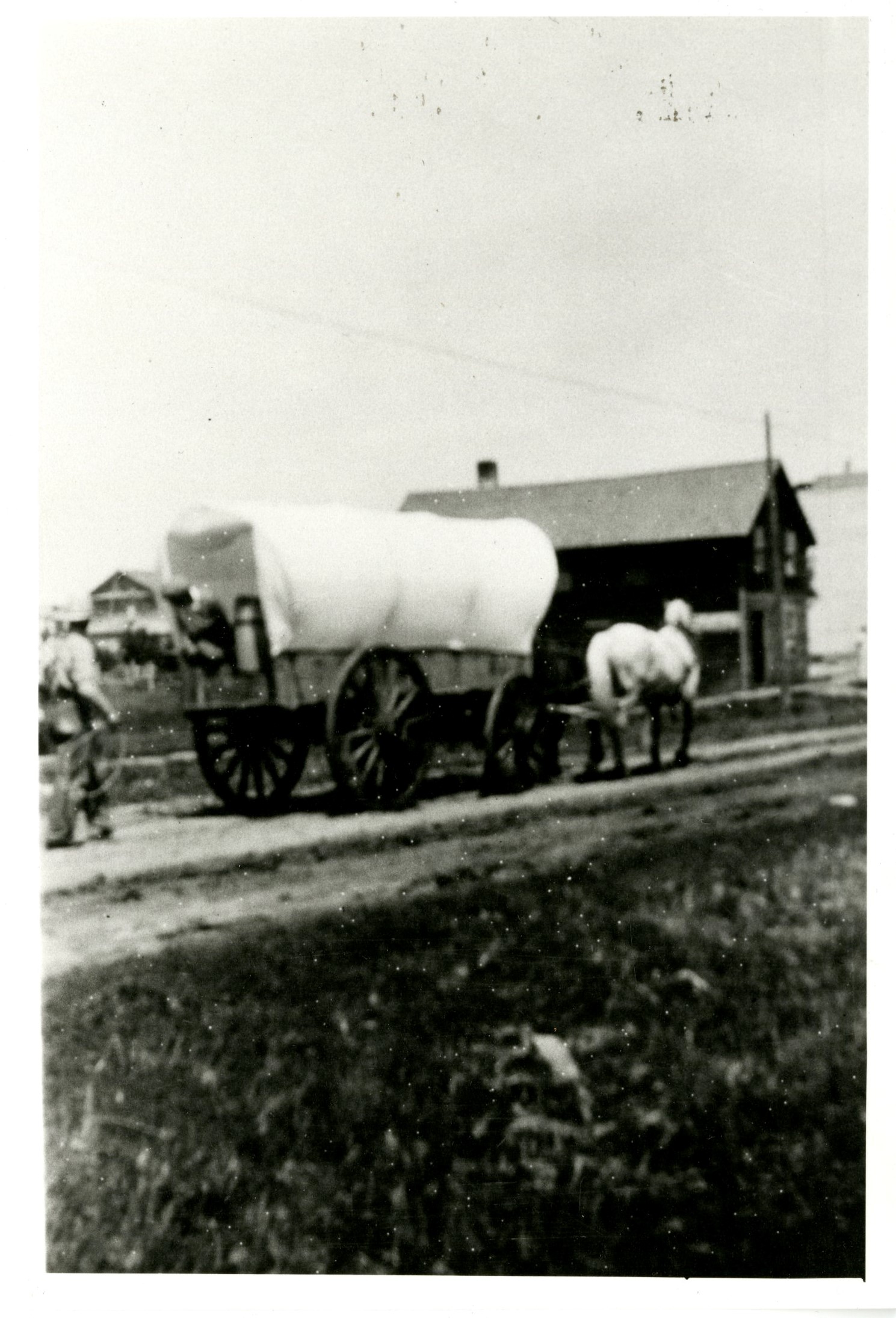 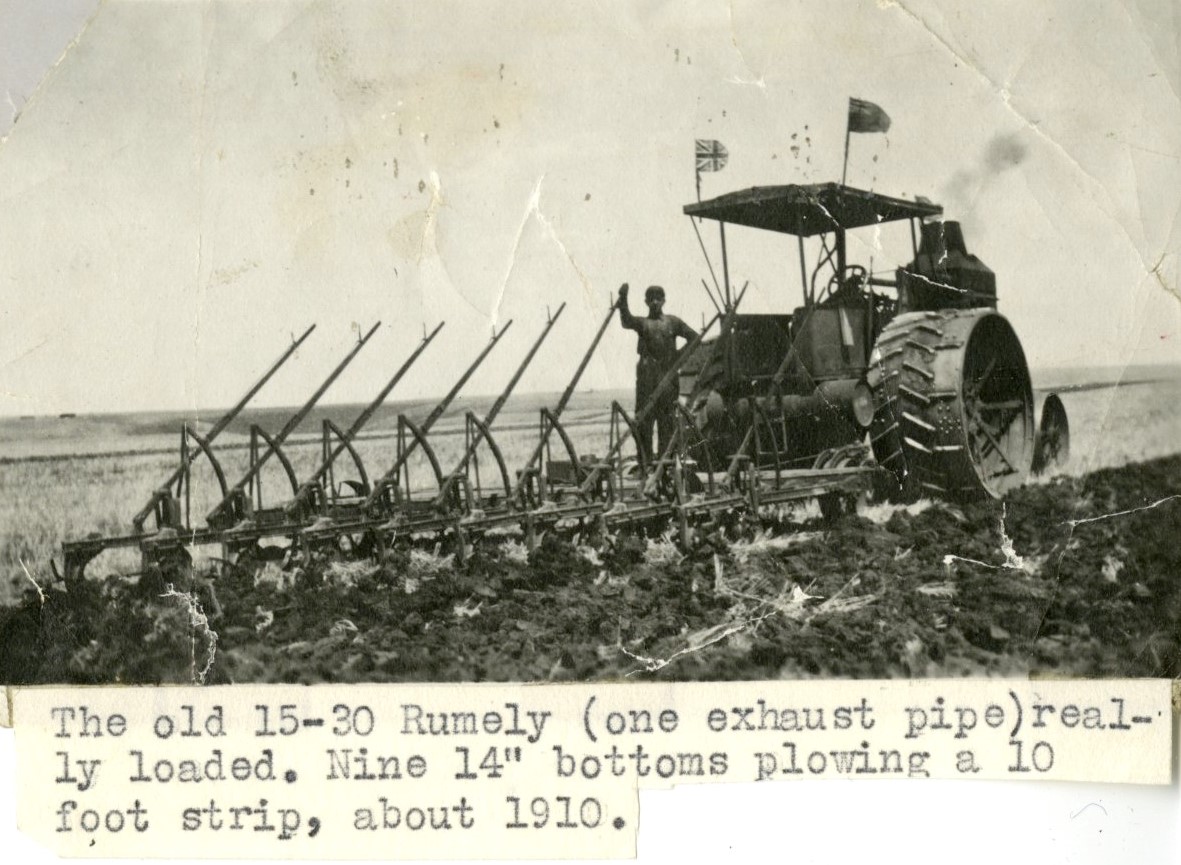