The Kindersley Players began in the late 1980’s with two one-act plays before beginning the dinner theatre productions that have continued ever since. The first dinner theatre performed was ” The Groom said No.”

Kindersley Players produced a dinner theatre every year, typically held in February. In recent years, all five dinner theatres have sold out within hours of the tickets being made available. In a further effort to give back to the community, the drama group has also opened its dress rehearsals to the public, raising money through reduced ticket sales for a local charity, service group or non-profit organization.

In 2010, the Kindersley Players performed a one-act play for Kindersley’s 100th birthday celebration at the Norman Ritchie Community Centre. 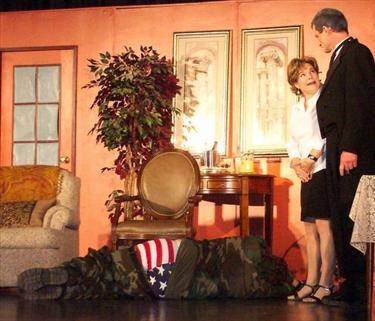 Some of the plays previously performed by the Players are: