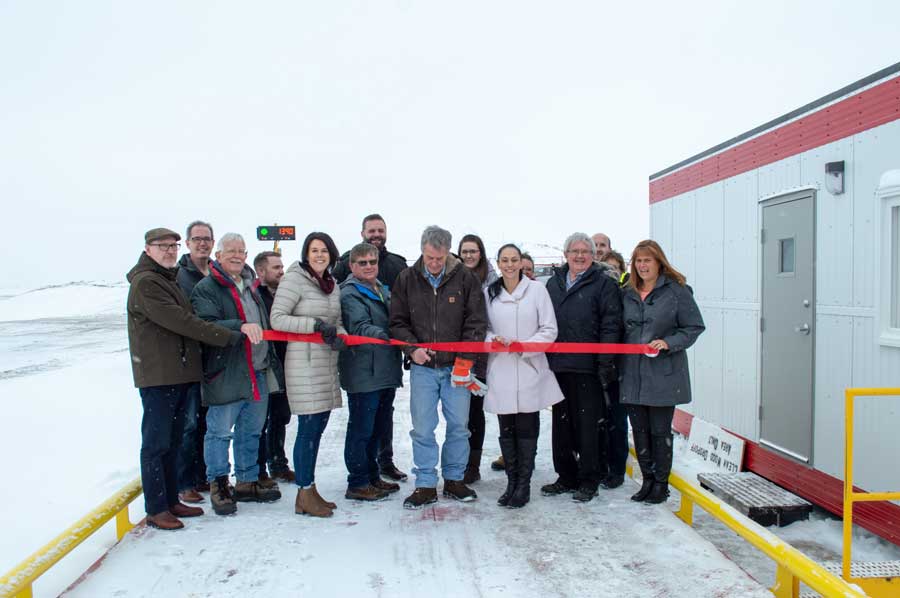 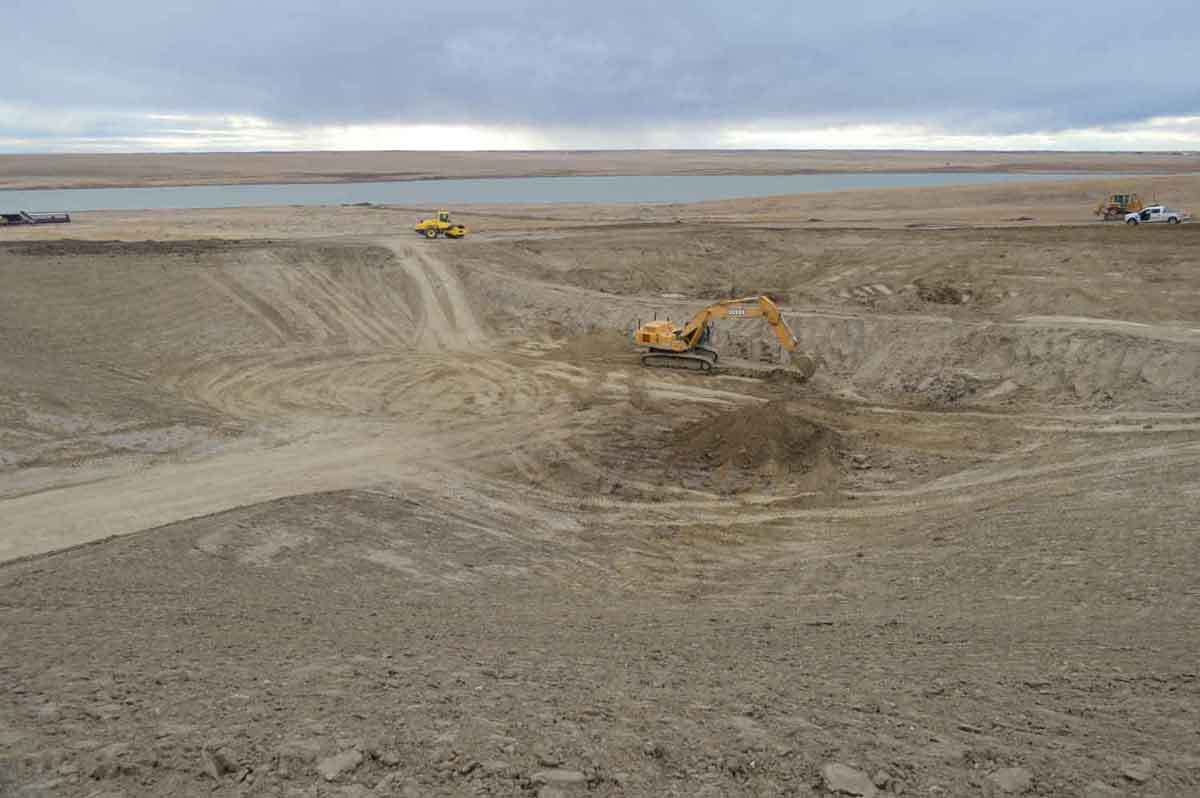 October 25, 2017: Crews near completion of the Cell 1 basin for the Western Regional Landfill.

Development of a regional landfill is a multi-municipal initiative that began in 2013. The project was motivated by a need to replace Kindersley’s existing landfill, which is nearing the end of its lifespan.

WRLI has entered into an agreement with Loraas Environmental Ltd. to construct the regional landfill.

A sod-turning ceremony to celebrate construction of the new landfill was held on August 30, 2017. The Grand Opening was held on Wednesday, December 5, 2018.

Members of the West Central Saskatchewan Regional Waste Committee met on September 4, 2013 in Eston to discuss the formal incorporation of the committee into the Western Regional Landfill Incorporation (WRLI).

The WRLI board voted in favour of the Teo Lake location on July 24, 2016 based on the catchment area of the participating municipalities.

In January 2016, WRLI issued a Request for Expressions of Interest to seek interested parties to partner in the construction, financing, capture of energy, operation and/or other potential partnerships associated with a future landfill. A total of 15 proposals were received.

Loraas Environmental Inc. was selected as the successful proponent to build and operate the regional landfill.

Where is it being constructed?

Who owns the land?

The land was purchased by WRLI from the Town of Kindersley.

Who is the builder and operator?

WRLI has entered into an agreement with Loraas Environmental Ltd. to construct and operate the regional landfill.

Bryden Construction & Transport Company Inc. were contracted to construct the primary grid road from Highway 7 to the site. This will be an all season road that will not be subject to road bans.

How much will construction cost?

Length of time to build?

How will the new landfill affect current service?

Who can use it?

The regional landfill will be open to everyone, including all waste disposal companies. Member municipalities partnering in WRLI will pay less than non-members for disposing of materials.

What are the financial contributions?

What are the financial contributions?

What materials will be accepted?

All waste currently accepted at the Kindersley Waste and Recycle Centre will be accepted at the new regional landfill, including oil field waste. The inclusion of other waste streams has not yet been determined.

What happens to the existing Kindersley landfill?

Decommissioning of the current landfill will begin as per legislation provided by the Ministry of Environment. We will place extra focus on composting and recycling.

What studies were needed to facilitate?

Several studies were conducted to determine the cost of constructing and operating a new landfill, environmental and site suitability, as well as to project the lifespan of the project. These studies include: